I was looking through my photos from last week, trying to decide which ones to upload for the Week Three post, when I came upon this one. 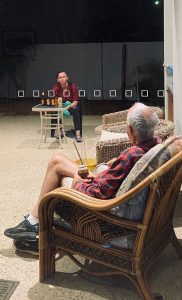 And I wondered what people would think in years to come. What would our great grandchildren say about it?

”  I think that’s Dad’s grandfather.”  “I reckon that’s our Great  Aunty, you know the one who used to take Mum to Macdonalds when she was little and people were still allowed to eat takeaway.”  “What are they doing? Why is she out in the garden,  look’s like she’s being interrogated or something!” “What’s with the gloves?” But folks who were around in 2020 will know exactly what it’s about!

At the end of last week  my boss( me) and I had our now regular chat about my attendance at work and productivity. 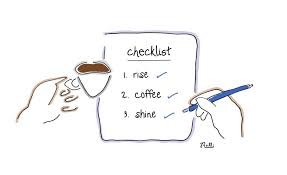 I did point out to her  that the whole ‘area of concern’ in my breast didn’t help, she countered with an assertion that it was all resolved a week ago and there hasn’t been a rise in productivity. I thought she was actually going to produce a spreadsheet or chart but then I remembered that it is Papa Bear who is fond of a spreadsheet. Anyway, we did end up having a a fruitful conversation where I told her that it didn’t actually matter if the To Do dot points in my Bullet Journal didn’t get a cross through them today, tomorrow or next week, I’m not going anywhere and the world will not come to an end if I miss day of Spanish. She was a bit grumpy but ok with it. 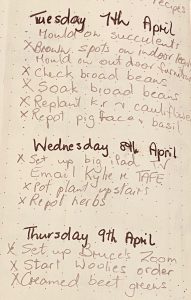 I found an article in the New Yorker called Stop Trying to be Productive which was quite fascinating. 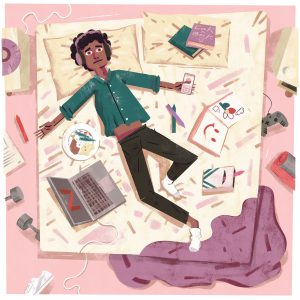 “Putting all this pressure and stress on myself, it’s incredibly counterproductive,” said Ms. Ulstrup. “I’m putting stress on myself during a time that’s already stressful.”

Now I totally get this, but the issue for me is  is getting the balance between scheduling every minute of the day with projects and spending every minute of the day playing Candy Crush Saga. Because believe me I could! And my blog would then consist of “I was stuck on level 723 for ages, but  I paid some money and got through it,  and would you believe I am now on level 756.” 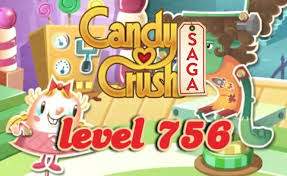 And just as an aside, Papa Bear can spend quite a lot of time playing Free Cell! 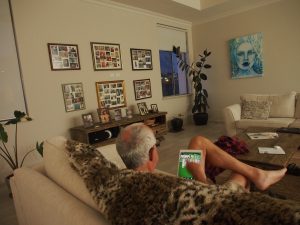 Anyway, enough of all that! I have to say Week Three was fun. And I do feel some guilt in saying that but I won’t go into that this week. You know what I’m saying.

I didn’t walk as much this week, the seaweed was gross, it stunk and there were lots of tiny flies flying around. I still managed some walks and even with seaweed the beach still worked its magic. 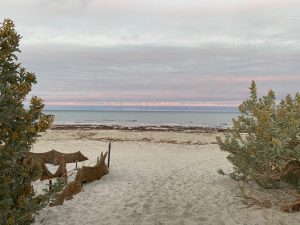 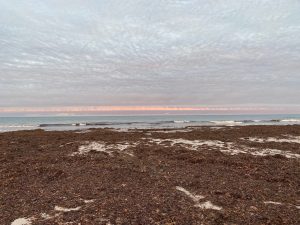 I did lots of cooking, of course. Papa Bear requested a boiled fruit cake which I have never made, and never expected to make! His mum used to make one for him each term to take to boarding school. I couldn’t find any family recipes so looked online for anything called  Gran’s boiled fruit cake cos I figured a fruit cake is a fruit cake. He was pretty happy with the result. 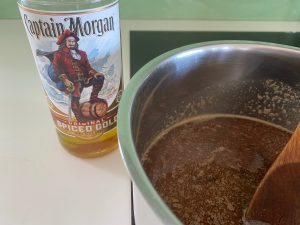 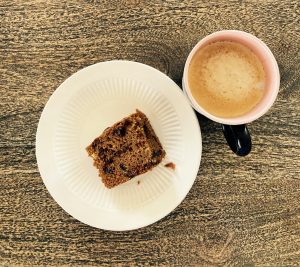 Who remembers the 60’s or 70’s obsession with meals made with packet soups. Mum used to make something just like this with Chicken Noodle soup, I loved it. I found the recipe when I was googling mince and cabbage! 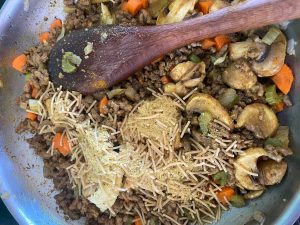 And for lunch we often had a scatter platter salad – grab a platter, scatter salad, protein like left over chicken or a tin of tuna or cheese, add something with bite like radish, and there you go, a different said each time! 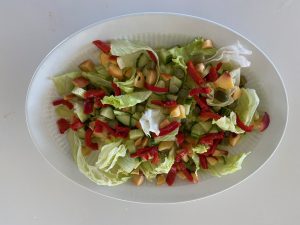 There were some beautiful skies at night 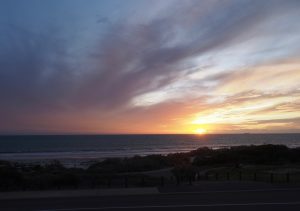 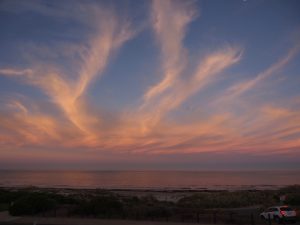 I was obsessed for a couple of days with reflections 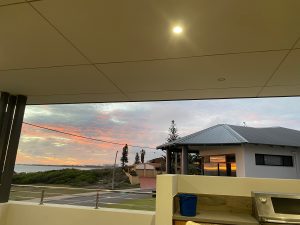 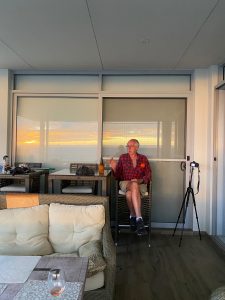 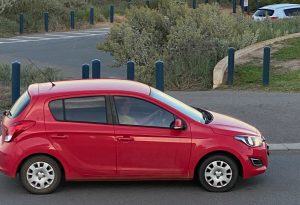 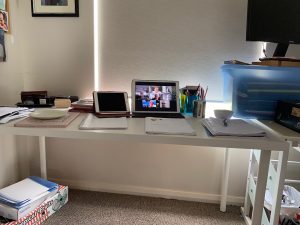 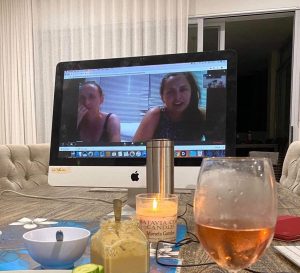 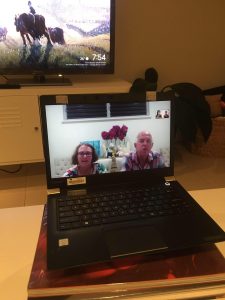 21 days down, how many to go ? I hope all is going well wherever you are, keep safe.