We had thoughts of staying a couple of nights in Logroño and indulging in some tapas on Calle de Laurel, but that was never gonna happen being Saturday night of Ascension Weekend.

Plan B was to get up early and smash the 10kms to Logroño, take a photo of the bridge, have breakfast at this great little breakfast bar, take photos of the statue of pilgrims outside the bar, then taxi it to the next town along, Navarrete. There was a rather large hill that Papa Bear and I were not keen to tackle with temperatures expected to reach the high 20’s.

It started well, on the road by 6:00am. We couldn’t find the early opening bakery, but that was ok we thought, there’s a town 6km down the road. 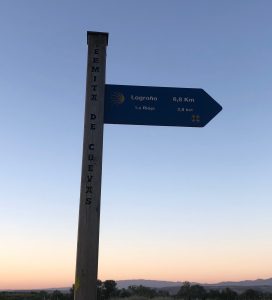 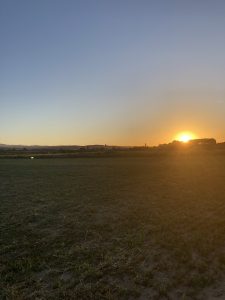 The path was flat but paved with rather large cobble stones. I’ve loved my sandals but they don’t deal too well with these stones.

There are quite a few tunnels in this section with colourful graffiti and interesting Camino messages. 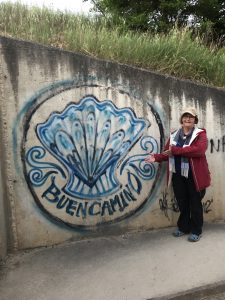 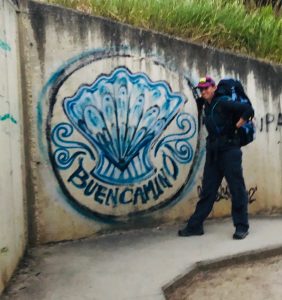 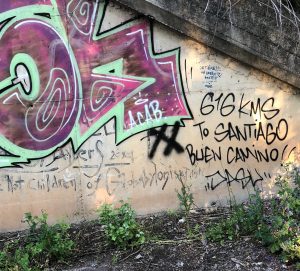 You can’t say this person didn’t get good use out of their boots! 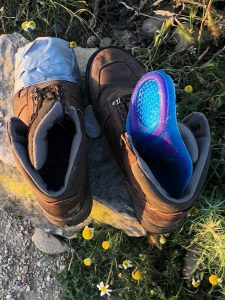 At about the same time as I saw and remembered this bridge over the road, 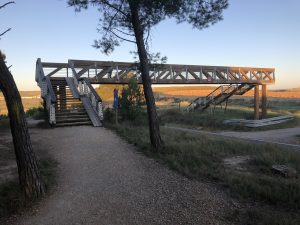 I also remembered that the Camino doesn’t actually go through La Rioja and the closest to coffee and tortilla we would get would be the sight of a supermarket in the distance, way off the track. 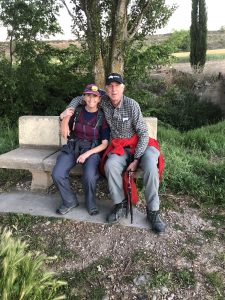 and the last few kms without food or a rest became a slog. Papa Bear got the zigzag going up a hill.

We caught up with D2 along the river and had a rest so I could recover my normal cheerful demeanour, two hours in the morning without coffee and tortilla tends to make me grumpy.  Mr B from Kentucky came along with his brother-in-law Mr G, also from Kentucky. 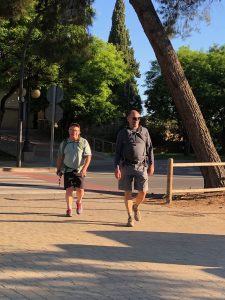 It’s always great to catch up with Camino friends, and after a chat and a laugh headed off to take the bridge photo. 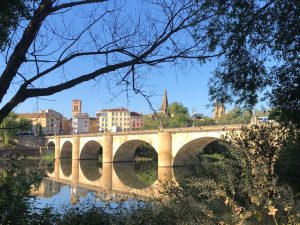 The first time Papa Bear ever stepped foot on the Camino was walking along this very street as a tourist two years ago. We never thought he’d be back as a pilgrim. 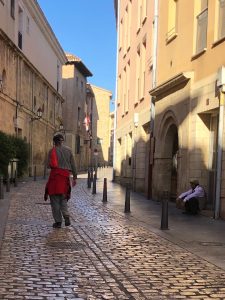 I wasn’t happy to see my pilgrim statue was surrounded by a market, but still managed to get a photo. 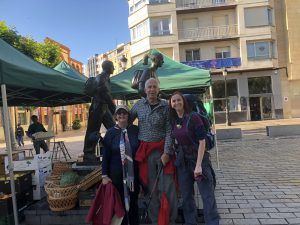 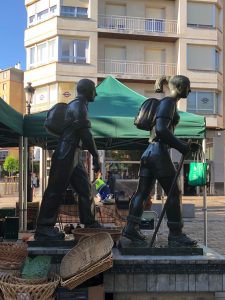 By 8:30 we were sitting down to breakfast, a delicious reward for a 10km walk! 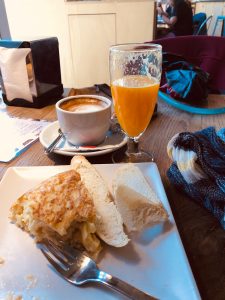 Mr B’s group headed off, he had decided to taxi with us, and we went  for  a  walk around the town. The El Dorado cafe caught my eye,

and we checked out the Cathedral, a place of a different kind of worship. 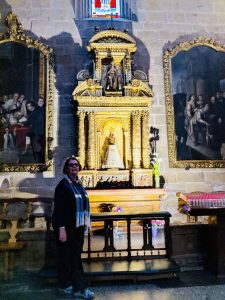 D2 decided to walk. We headed off in the taxi quite  early because we didn’t have any accommodation organised in Navarrete. Once there I started looking without luck. Three ladies pulled up in a taxi outside a hostel, I let them go in first because I figured they had accommodation already booked, No! They didn’t, they just waltzed in and took the last room.

I was beginning to think we needed to head to Plan C which hadn’t yet been devised, but I eventually found beds in a rather cute albergue on the outskirts of town. D2 made good time and it was beers all round. 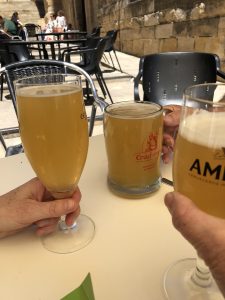 The room was small, but a pilgrim is grateful for somewhere to sleep,  even if it’s a mattress on the floor. 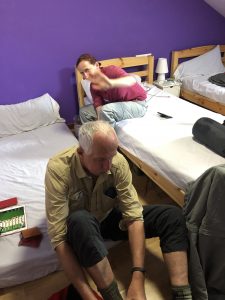 It was a lovely evening outside, cheers everyone, another successful day! 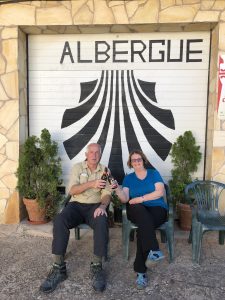