…….us stony tracks, today mostly going down! With only 11kms to do today and our albergue not open until 12:00 we were able to get going at a reasonable hour. Papa Bear was suffering from yesterday’s effort and had decided to get his backpack transported, I didn’t want his backpack to be lonely so sent mine along for the ride!

There was the obligatory hill out of town, I stopped to admire this amazing cactus

And soon we were walking through beautiful flat fields, hopeful the 11km walk would not be as hard as yesterday. 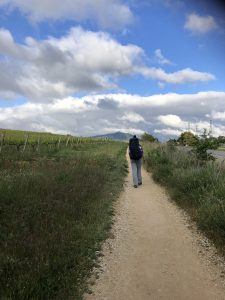 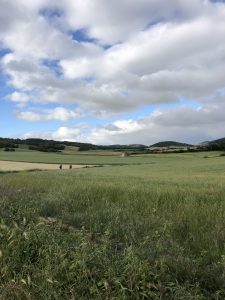 Of course there were poppies. 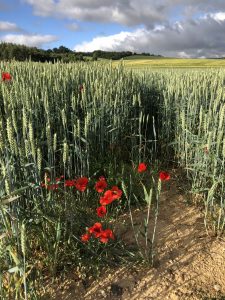 At this stage the only thing I could have complained about was the Camino smell. On other walks it has accompanied us most of the Way, the pungent odour of cow shit. I smelt it again for the first time, it was almost comfortable and welcoming, like walking into your Mum’s kitchen and smelling your favourite meal……but not quite!

I recognised this tunnel from a couple of years ago 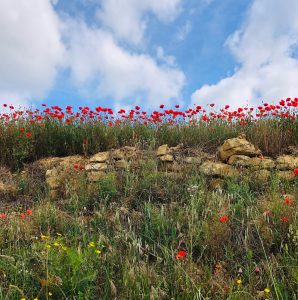 Morning tea stop in a large village, we were making good time. 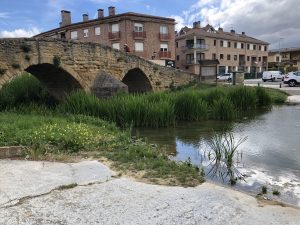 And then, as she often does, the Camino said that’s enough of that, now try this! The pictures never show how steep it is, how slippery the stones are, and how it just keeps going down and down ….. 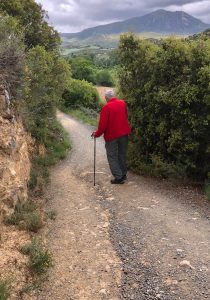 and sometimes you just gotta do whatever gets you down the hill. 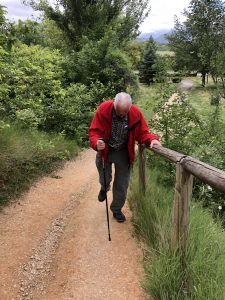 Thank goodness for some flat ground 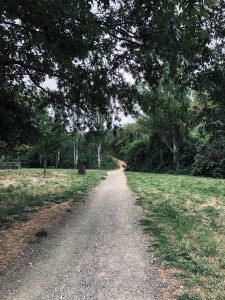 A stop for a chat 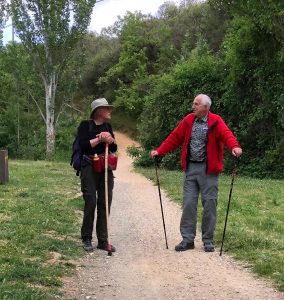 Even the bridges were hard work 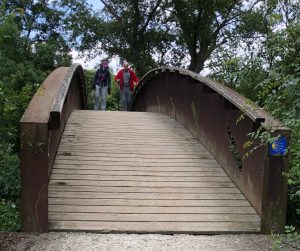 The walk into Estella was long, but at least the ground was easy to walk. There were lots of locals out jogging or just strolling and chatting with their mate. These guys were very animated, there was a lot of stopping and pointed fingers, obviously talking politics. 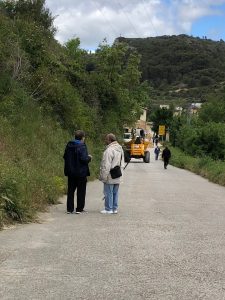 Another long walk through town, our albergue was on the way out, 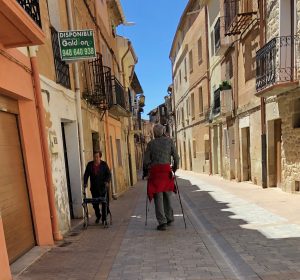 but we were lucky to get a two bunk room with it’s own toilet and bathroom. 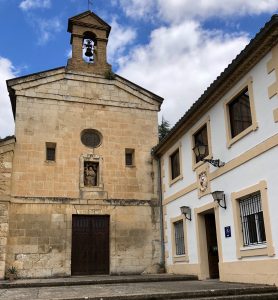 I loved this painting, to me it represents pilgrims walking through the poppy-studded green fields. 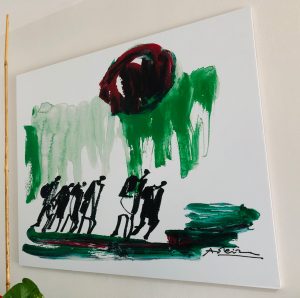 There was some excitement involving lots of motorbike police with sirens wailing whizzing past, and the traffic was stopped for about 15 mins, literally going around the roundabout. Spanish are very patient people, there was no blasting of horns, no-0ne standing with hands on hips looking down the road, no middle fingers, they all just sat in their cars and waited! Eventually a big horde of cyclists zoomed past, maybe the local version of the Tour de France. 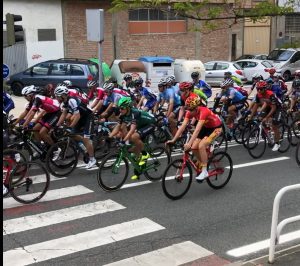 The pilgrims’ meal was substantial as always, three courses plus wine for €11. The beans were delicious. 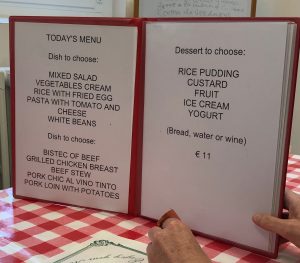 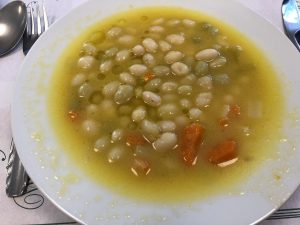 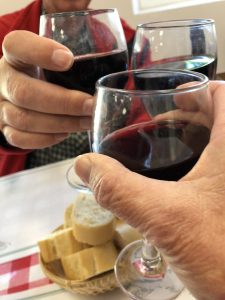 After tea we chased the sun on the vine-covered patio, a lovely end to the day. 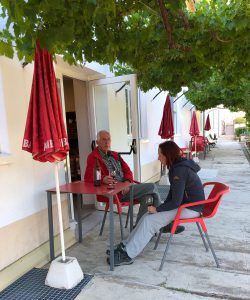 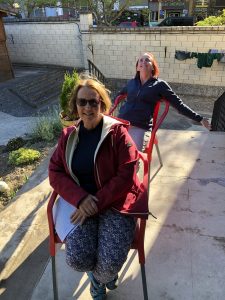